The Fascinating History of Postman’s Park 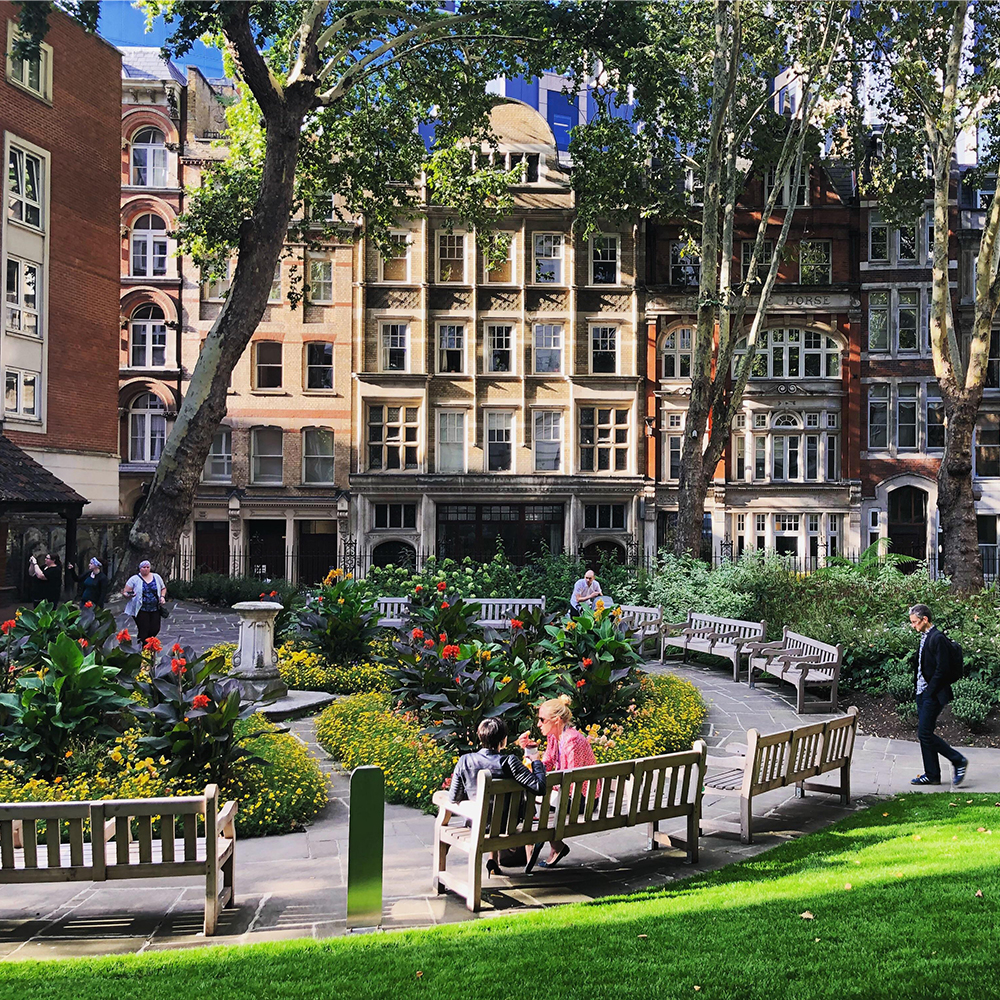 Tucked away near St. Bartholomew’s Hospital, Postman’s Park is one of the most interesting parks in the City of London, not least because of its strange and fascinating history …

The park began its life with death. It was a churchyard and burial site, for St. Botolph’s Aldersgate church. Cholera outbreaks in the 1830s and 1840s meant that the burial site became overcrowded, so much so that bodies were left on the ground and covered in soil instead of buried in the ground. Indeed, this explains the park’s elevation – but try not to think of that next time you climb the small steps into the park.

Thankfully the Burials Act was passed in 1851, preventing the emergence of new burials in built-up areas of London. In 1858 (a disconcertingly short period of time afterwards) Postman’s Park was opened to the public.

In 1818, the surrounding site was cleared for the General Post Office’s new Headquarters and Sorting Office. The park turned out to be an ideal lunchtime spot for the workers, giving it the name we’re still familiar with today.

In 1887, the painter and philanthropist George Frederic Watts wanted to mark Queen Victoria’s Golden Jubilee by commemorating the “heroic men and women” who died trying to save the lives of others. This idea would become the Doulton tablets, the Memorial to Heroic Self Sacrifice.

”The character of a nation as a people of great deeds is one, it appears to me, that should not be lost sight of,” Watts wrote in Another Jubilee Suggestion. “It must surely be a matter of regret when names worthy to be remembered and stories stimulating and instructive are allowed to be forgotten.”

He specifically drew attention to the case of Alice Ayres, a servant who instead of jumping to safety from a burning house, threw a mattress out the window and went back three times to save her employer’s children by throwing them out of the window onto the mattress. Overwhelmed by the fumes she fell out the window and died.

It is in wandering through this quiet park and reading the memorials that the park finds its unique and poetic quality. The park’s large flower beds and wide grass areas with thin curving paths make it an intimate yet open place. The addition of the memorials makes the experience humbling and contemplative. The memorials are mostly about death in fire, drowning and train accidents. The victims are young and are often killed saving children. It is strange to think of Elizabeth Boxall who died at the age of 17 while saving a child from a runaway horse in 1888. Or John Cambridge, a clerk in the London City Council, who died at 23 years old “saving the life of a stranger and a foreigner” from drowning in 1901.

There is now an app, The Everyday Heroes of Postman’s Park, which has more information on each of the people commemorated in the memorial. Next time you need a pause from the rush of the City or you’re taking your lunch break outside, walk through the park and consider its uniqueness and bizarre history.